Google, breaking the pragmatism of creating artistic doodles, has showed up a geeky doodle which is a gate way to Google search results for the greatest mathematician, natural code breaker Alan Mathison Turing who with his inventions laid the strong foundation for modern computing world. The " Alan Turning Doodle " which is showed  up on Google's home page today is a tribute this ingenious.


I didn't care much to solve this doodle for the first couple of Google searches that I made today, but each time I opened Google's home page, it was be-knocking at me by tacitly asking to be solved. I began and It took little time to understand the problem to be solved and here it is.

Problem to be solved


Approach
This is more of a permutation problem combined with need to set or unset the bits appropriately.
each time a character is decoded, the level and hence the complexity of the problem increases.

Decoding Patters for each character

And Here is how I did it.
Though I could capture most, but few screenshots are missed. 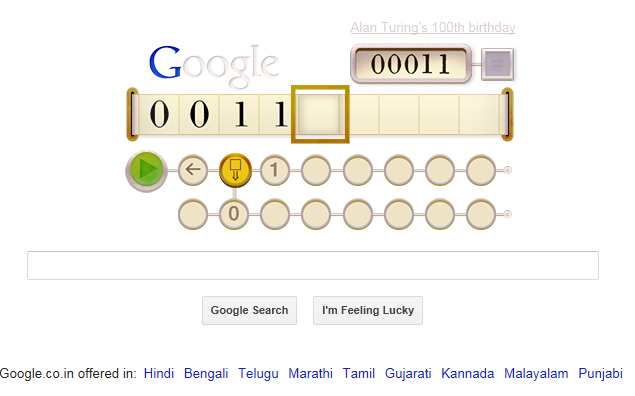 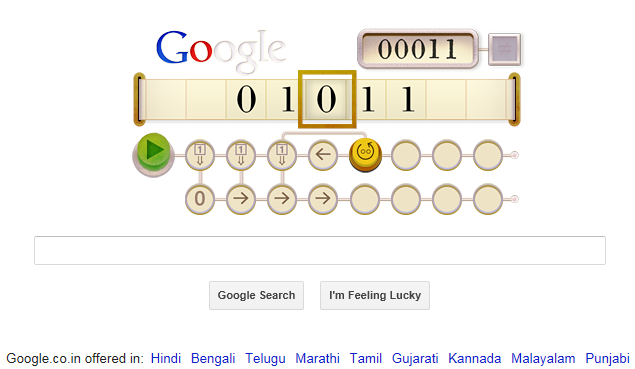 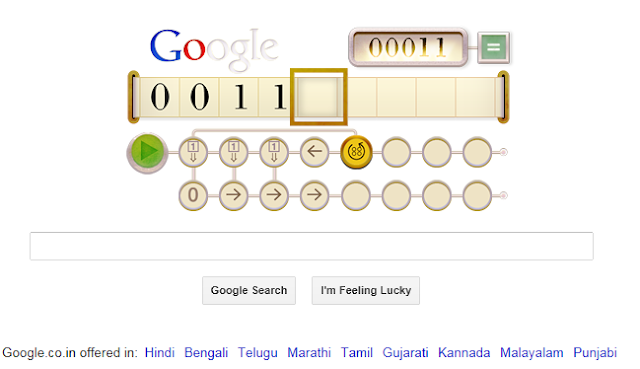 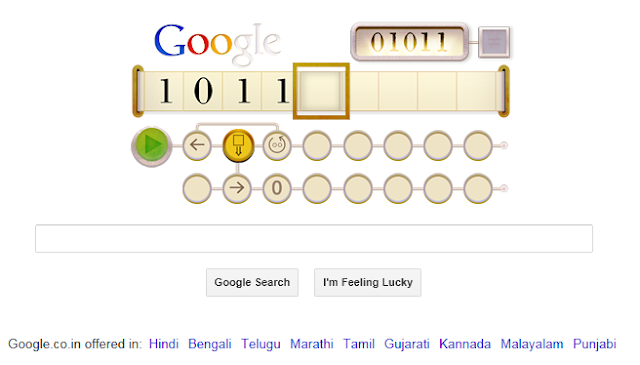 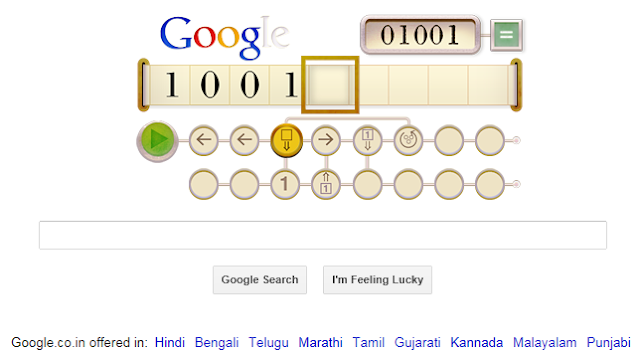 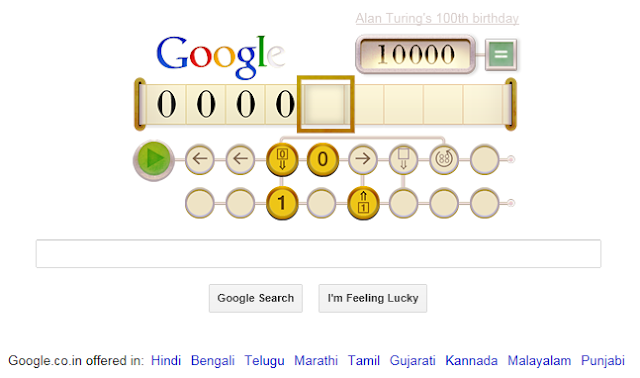 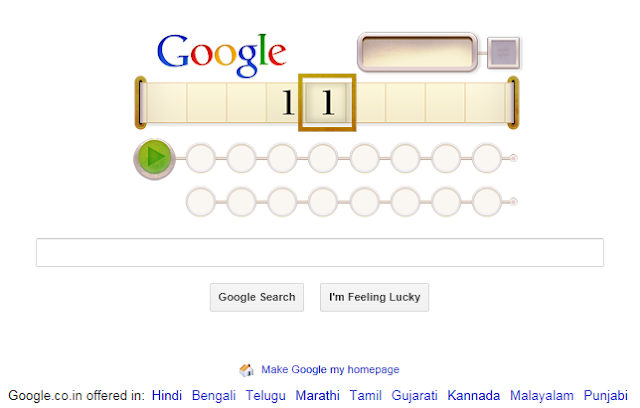 It took a little time for me to solve, but it was worth of it.